<<Back to Flight B

During set-up week, each team of judges “named” each test. The judges at the MAI held in California in April named each test and these judges have followed suit. The judges named Series 5 of Flight B “Gun Dog.” After the handlers saw the test dogs run, they (being the handlers) re-named this test “Breaking Gun Dog.”

Flight B has moved to Area 2 – Tech Pond for this Water Triple with a Land Blind and Water Blind. The handlers stand on a crescent-shaped peninsula looking west. The first mark, which is to the handler’s right, is thrown left and lands in medium-tall cattails in the corner of the pond across the dam at 67 yards. The long bird is thrown second. The gun station for the long bird is on a peninsula directly behind and deep of the “breaking go-bird.” The long bird is thrown to the left over the arc, but deep of the short bird landing 58 yards from the line. The third gun station is on a peninsula just across from the line. This bird is being thrown to the left, splashing about 14 yards from the line (this is a true definition of a breaking bird). This go-bird is certainly a very exciting bird for the dogs that are still playing.

After the dogs pick up all three marks, the handlers have been instructed to run the land blind first and conclude with the water blind.  When both test dogs finished, the judges gave the handlers a reminder that the water blind is a “water blind.” They also encouraged handlers to quickly handle their dog out of the area of the old fall (go-bird) if the dog gets hung up. The land blind is being placed in front of and at the base of a mound that conceals the right hand mark gun station. The line to the water blind is over a peninsula, back in the water along the left shore of the peninsula and half way up the dam. 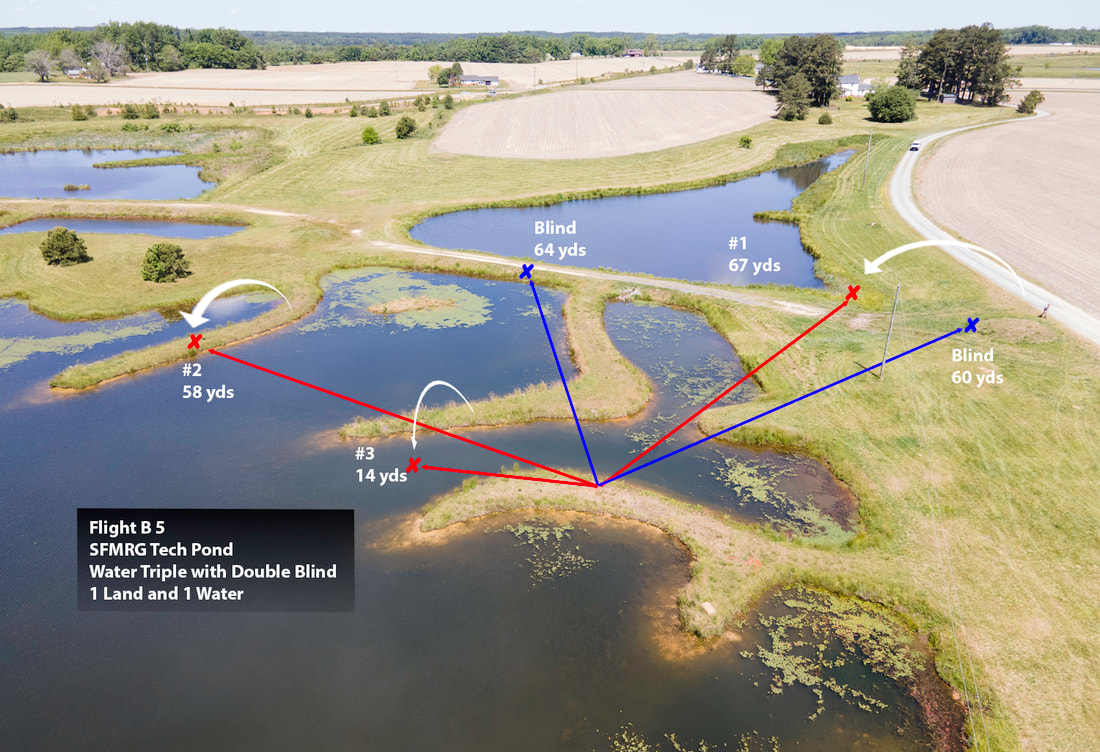