Larry presented each judge with gifts of appreciation from the event sponsors and a MAI Judges Crystal Plate.

In Flight A, Rockerin St Brennan Rathtrillick MH, Owned and Handled by Scott Baker will be the first dog to the line.

In Flight B, Texas Troubador’s Lady Piper BB of Riverside, Owned and Handled by Andy Anderson will be first dog to the line.

Scott and Andy were presented commemorative MAI 5th anniversary handler guns. If Scott or Andy receive a no-bird, the handler gun will be passed to the first handler whose dog is released by the judges to retrieve the birds. 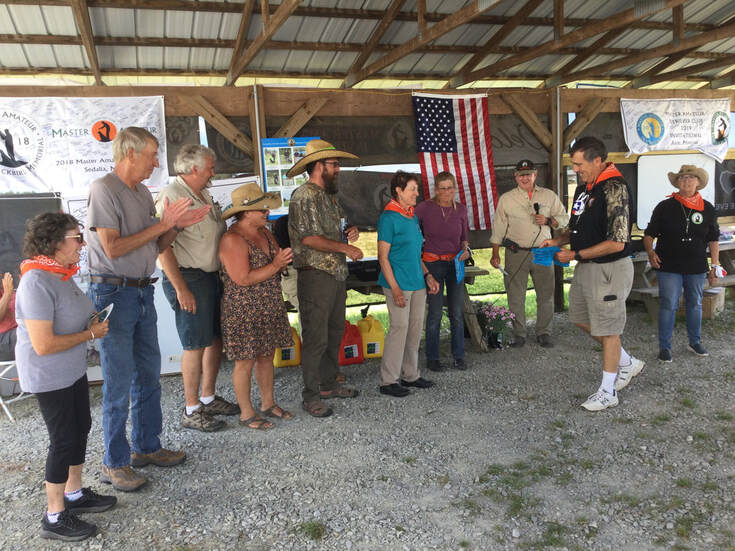 The crew that ran dogs at both the Corning event and the Emporia event. (photo by Kelley Hall)